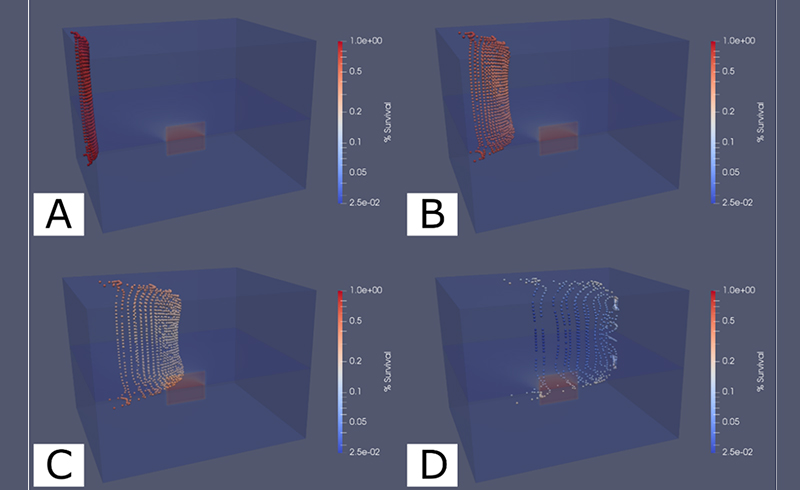 Recent research using UV radiation with wavelengths in the 200–235 nm range, often referred to as far-UVC, suggests that the minimal health hazard associated with these wavelengths will allow direct use of far-UVC radiation within occupied indoor spaces to provide continuous disinfection.

The new results suggest that the inactivation of human coronavirus OC43 within our exposure system is better described using a bi-exponential dose–response relation, and the estimated susceptibility constant at low doses—the relevant parameter for realistic low dose rate exposures—was 12.4 ± 0.4 cm2/mJ, which described the behavior of 99.7% ± 0.05% of the virus population. This new estimate is more than double the earlier susceptibility constant estimates that were based on a single-exponential dose response. These new results offer further evidence as to the efficacy of far-UVC to inactivate airborne pathogens.

Currently, the most effective and safest way to fight against COVID-19 is far uvc 222nm technology. This is a UV-based disinfection method which is based on biophysical principles and a key advantage of the UV-based approach is that UV light is likely to be effective against all airborne microorganisms, in marked contrast to vaccination methods.

Care222 is a new disinfecting light source that, even though not harmful to the skin or eyes of humans or animals, deactivates bacteria and viruses in the same manner as conventional ultraviolet sanitizers. Care222 uses an excimer lamp (a mercury-free UV excimer light source produced by Ushio especially for outputting monochromatic ultraviolet with a primary wavelength of 222 nm) in combination with a special optical bandpass filter (200 to 230 nm) which passes only ultraviolet wavelengths that have no harmful effect on people.

The use of Care222 in public places is a safe and effective way to limit the spread and transmission of air-mediated microbial diseases, such as schools, hospitals, stadiums, sports grounds and offices, and this approach may help to limit seasonal infections, the spread of tuberculosis and major epidemics.